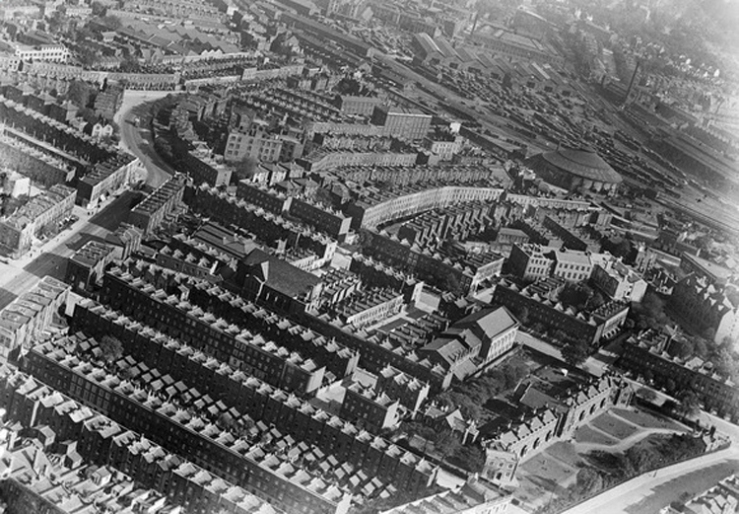 This photograph, taken some time in the 1920s or 30s, shows the streets of 19th century terraced houses around St Silas church (centre-left), which has a street frontage on St Silas Street.  All the terraced houses in the foreground were compulsorily purchased and demolished in the 1960s-70s as part of a plan to comprehensively redevelop the area and provide social housing. To the right in the aerial view is the Methodist church, now the Zabludowiz art gallery, and the tailors’ almshouses which were demolished when Penshurst was built in 1939. 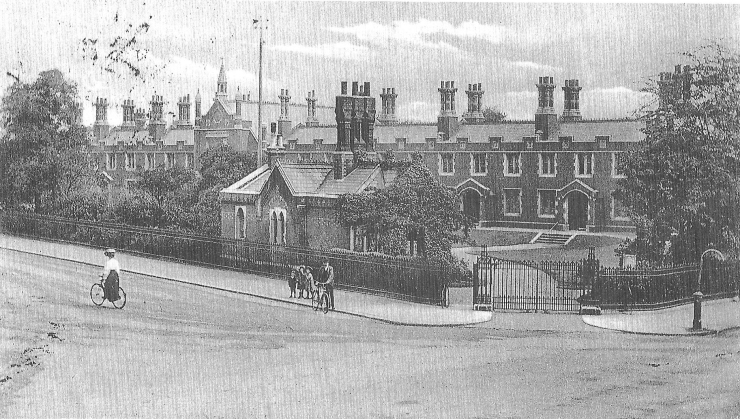 Junction of Queen’s Crescent and Prince of Wales Road, 1905

The aerial view is from the north: the main road cutting across the photo is Prince of Wales Road, with some of Malden Road visible on the left, leading into Ferdinand Street and onwards to Chalk Farm Road. Then, as now, these streets provide a clear organising structure for the buildings and public space of west Kentish Town. Beyond Prince of Wales Road industrial buildings can be seen looming above the houses, including the Malden Factories on Malden Crescent. Beyond Chalk Farm Road lies Camden goodsyard.

Around the end of the 19th century the parade of shops in Malden Road just north of the Prince of Wales Road junction included a ‘tea grocer’, coffee shop and dining rooms, bacon shop, watch-maker and jewellers, a corn and seed business, an umbrella shop, toy shop and an ‘oil and colour’ shop. 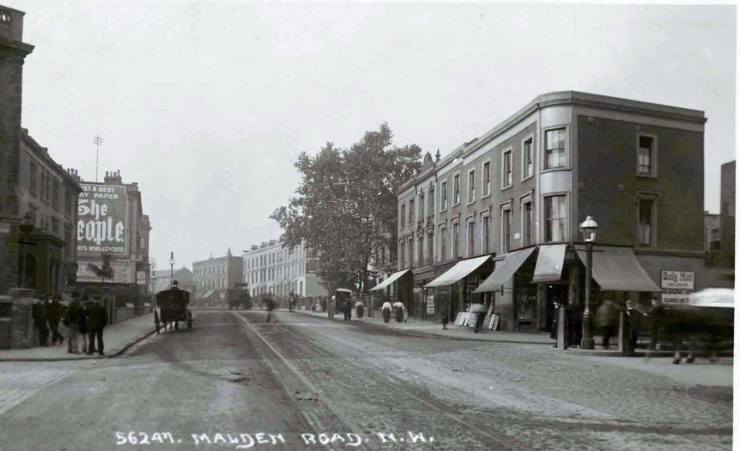 However, alongside this relative prosperity, were pockets of poverty.  St Silas Street was originally called Preston Street, a narrow street of three storey houses. In a survey of the comparative wealth of Londoners carried out by the reformist Charles Booth between 1898-9, Preston Street was identified by the colour blue, denoting ‘Poor’, tinged with black, which had more sinister connotations. 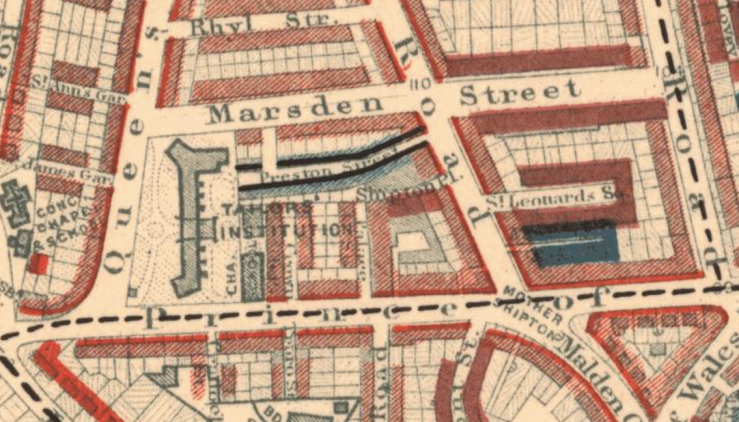 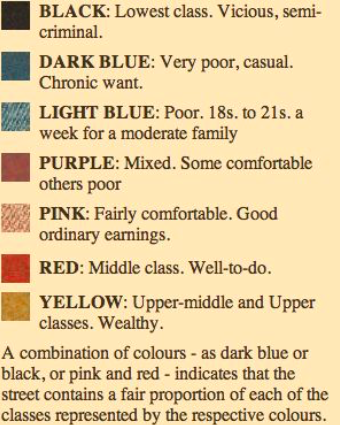 After walking the area in 1898 with Inspector Tomkin, Charles Booth noted that Preston Street was “described by Tomkin as ‘as bad as possible’ and clearly reckoned by him as the worst spot in this sub-division”. There were, the policeman said, “a good many thieves and prostitutes. The thieves are not experts, but it is an ugly place, not safe at night.” With both a right-angled turn and a curve at its west end, it was hard to police, “not easily commanded at either end”.  A mission hall had been established in Preston Street in 1884, presumably to address the needs of its poverty stricken inhabitants; 14 years later Booth noted that its “bespattered, rarely used door and closely wired windows seemed to show that the street regarded it as an intruder.” 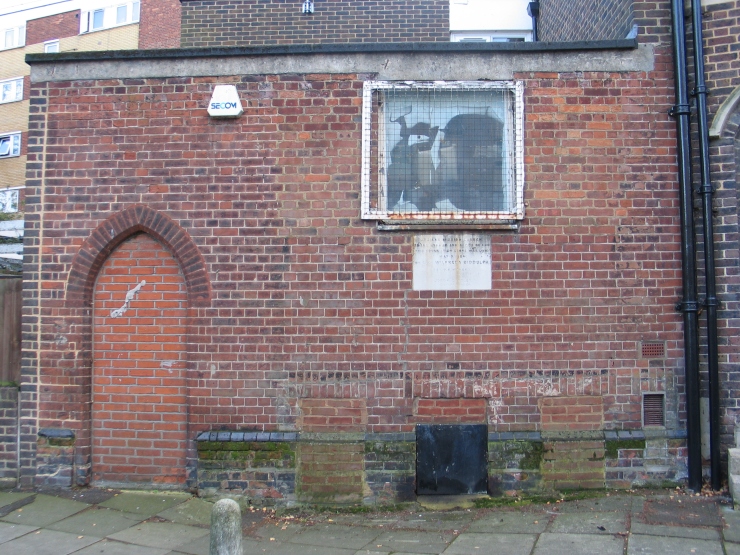 Remains of the mission hall established 1884

Preston Street became St Silas Street in 1913, shortly after the opening of St Silas the Marytr church, built to the designs of architect Earnest Sherman alongside the mission hall. It was funded through a £7,000 donation in the will of a wealthy American, Henry Howard Paul, a playwright and comic actor who spent most of his career in the Great Britain. It has lots of interesting detail and is Grade II listed. The effect of this imposing edifice on the residents of St Silas Street is not recorded. 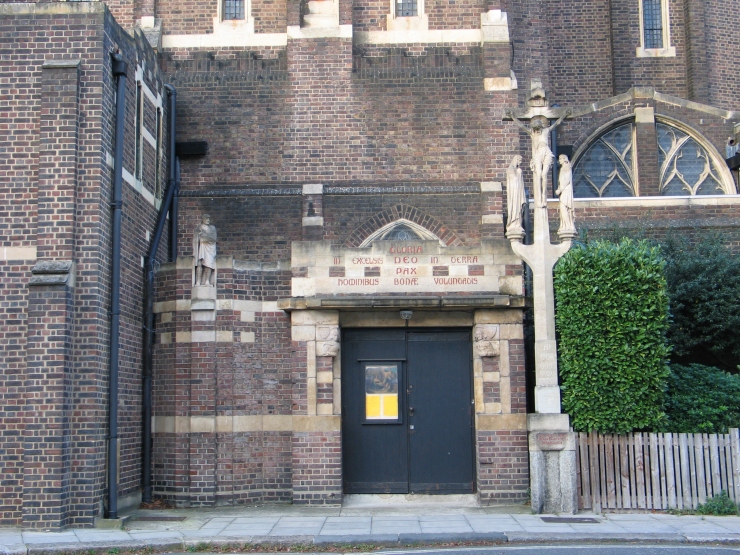 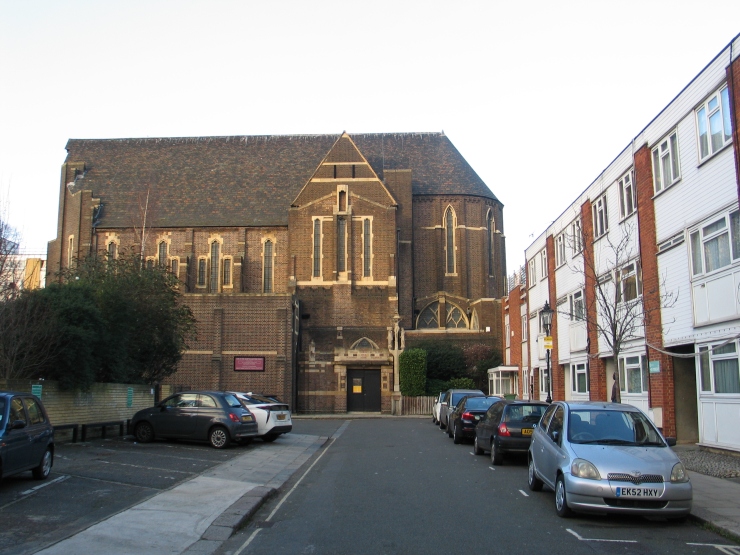 View from the south along St Silas Place 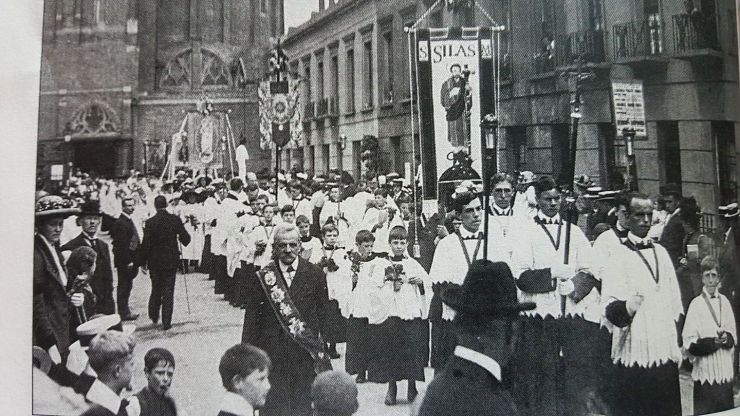 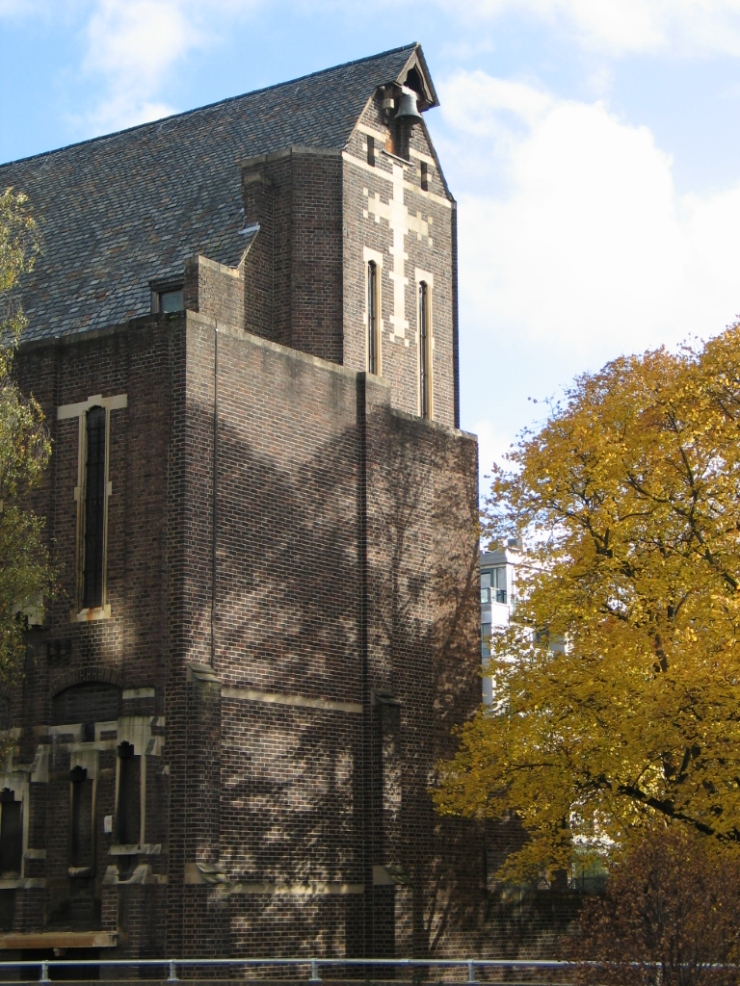 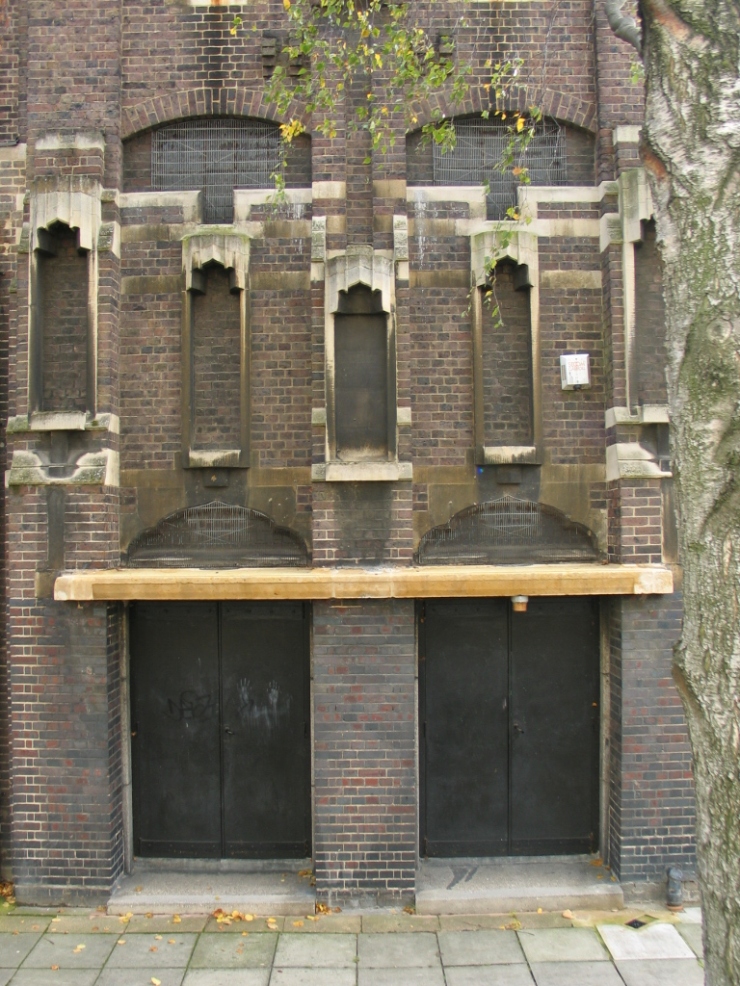 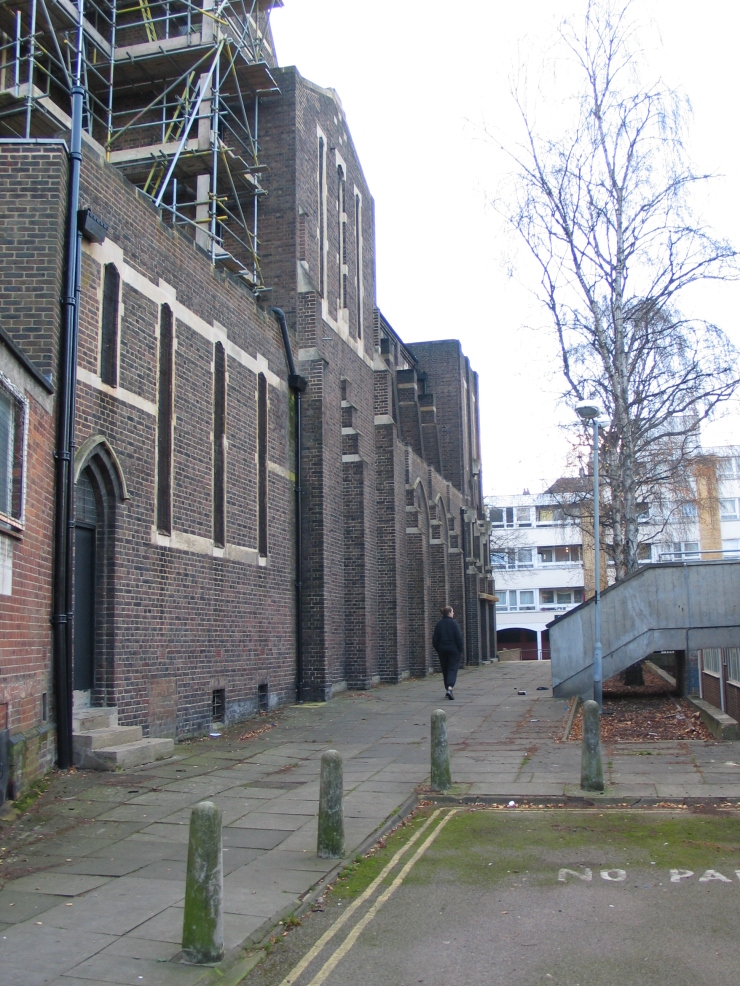 It is likely that the inhabitants of St. Silas Street continued to suffer from the chronic overcrowding and unsanitary conditions that affected London’s inner districts at this time.  Alfred Grosch, who was born in 1888 and whose father ran the corn and seed business in Malden Road, wrote towards the end of his life, “Kentish Town in those days possessed an unenviable number of slum streets….I could name a dozen or so streets within a stone’s throw of our house……The houses were more like dens than human dwellings. They had been houses, but landlords, concerned only with what could be obtained from them by way of rent, had long ceased to spend money on them, and in consequence brickwork and woodwork rotted for want of paint, while vermin had rendered internal decoration a sheer waste of money.” (St Pancras Pavements 1947, quoted in Gillian Tindall’s The Fields Beneath)

Over the following 50 years the urban block as defined by Prince of Wales Road, Malden Road, Marsden Street and Queens Crescent was slowly redeveloped to address the public health crisis.  In 1939 Penshurst was built (initially named after local councillor Montague Tibbles), followed in 1951 by Shipton House, named after the Mother Shipton pub (renamed the Fiddler’s Elbow in the 1990s). 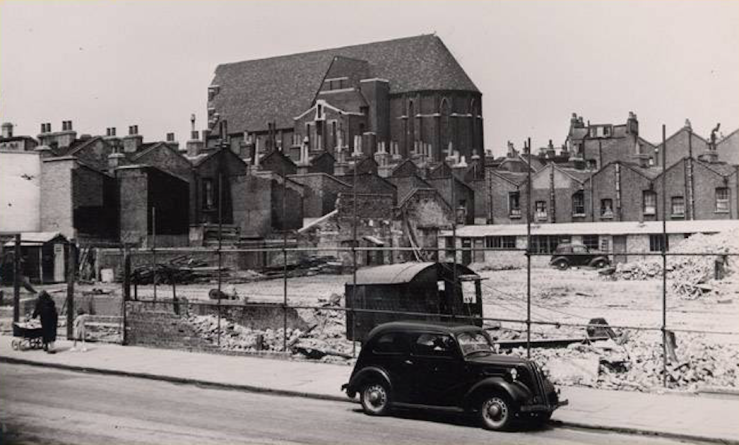 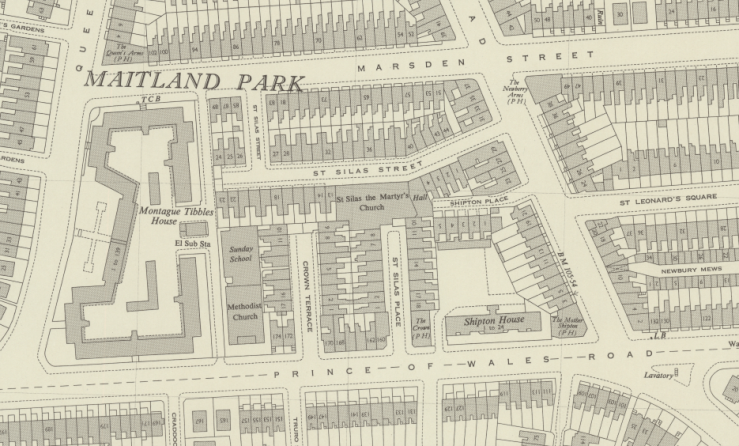 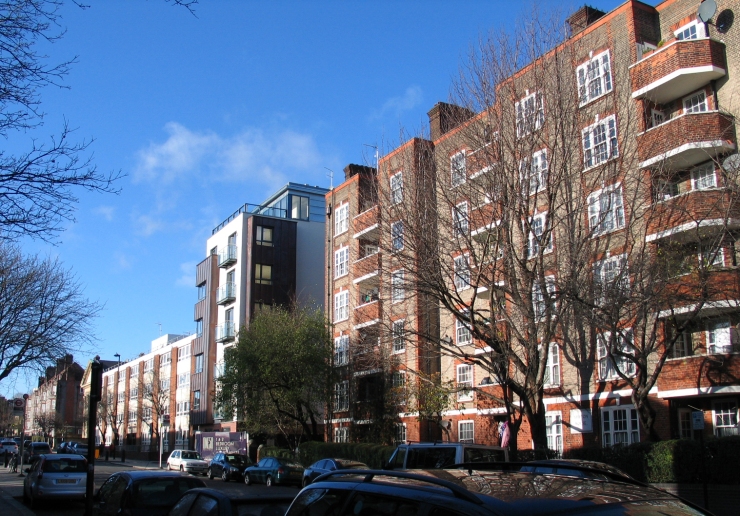 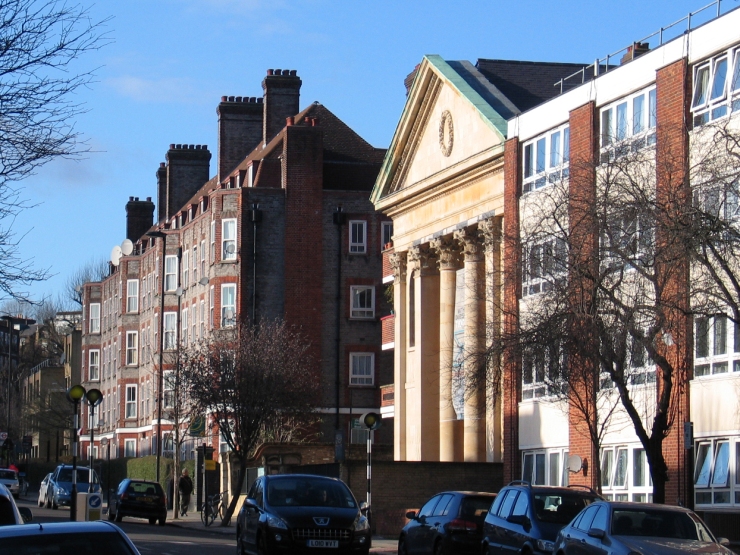 However, it was not until 1966 that St Silas Street and adjoining houses on Marsden Street and Malden Road were redeveloped, along with the small terraces of houses on St Silas Place and Crown Terrace to the south of the church. This comprehensive redevelopment scheme retained the structure of the streets, with Burmarsh fronting onto Marsden Street, and Headcorn facing Malden Road.  St Silas Street ceased to exist, replaced by a central open area intended to be a play area and amenity space. 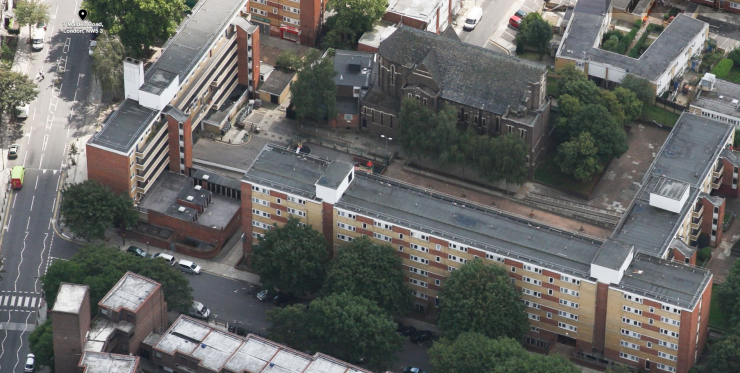 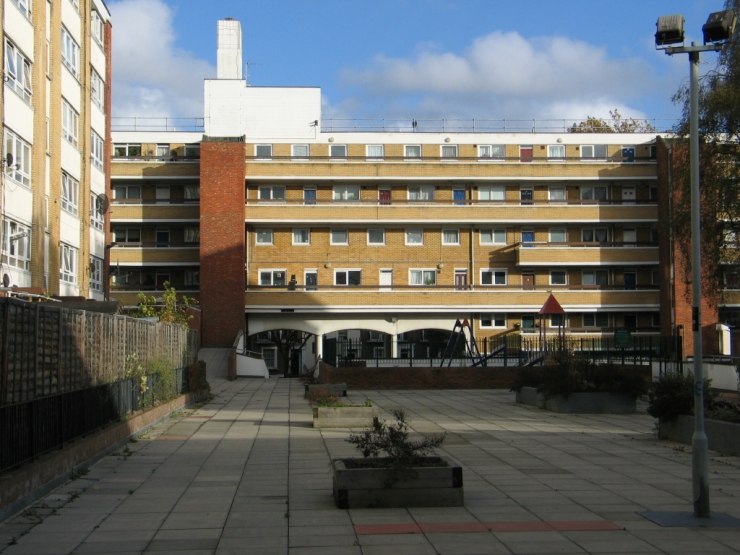 The original terrace houses in Marsden Street to the east of Malden Road were retained. 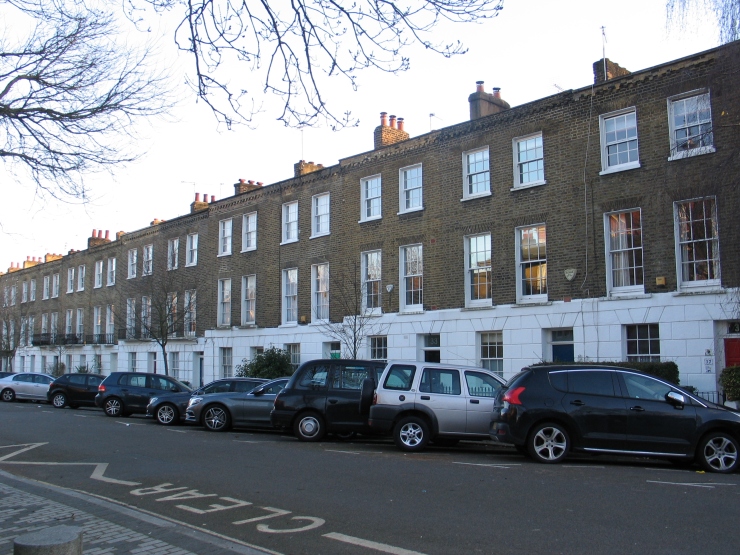 The streets of Malden Road and Prince of Wales Road were originally laid out in 1840, when Lord Southampton put up for sale a large part of his freehold property. Whilst some early buyers were charities, such as the Tailors’ Benevolent Institution, most plots, were acquired for speculative house building. Plans drawn up at the time of sale (below), show a network of wide roads, spaciously laid out to suit detached or semi-detached villas with generous gardens. Although the market for this type of property did not materialise the main roads were laid out as intended, with further streets and mews squeezed in between them. Over the following 150 or so years the main street pattern has been retained as a civic structure for the neighbourhood 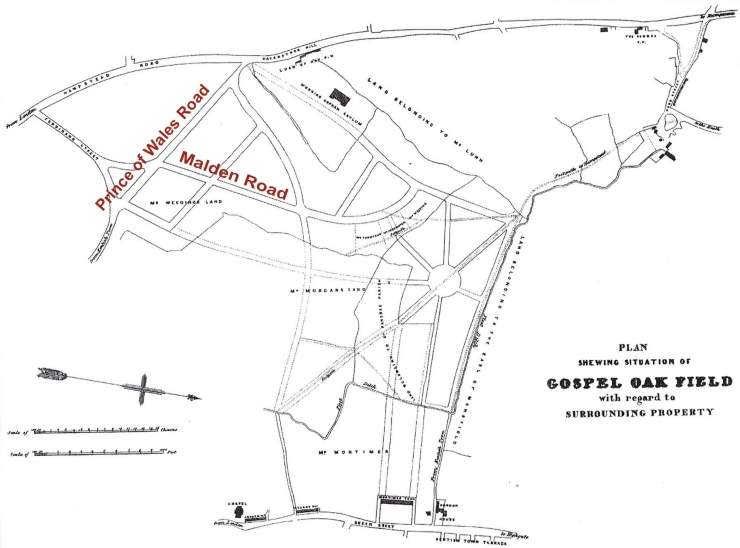 In contrast to this street-led plan, permission has recently been granted for the redevelopment of the Camden Goodsyard site, comprising large blocks of flats and re-provision of Morrison’s supermarket. Unfortunately the proposal lacks a clear structure of public street space to provide a legible order. Circulation within the site takes place in the residual space around the two large blocks (B and F) that have been placed arbitrarily on the site, rather than the buildings being planned around public space requirements. This is despite the fact that the planning framework drawn up by Camden Council called for a clear strategic route through the site. 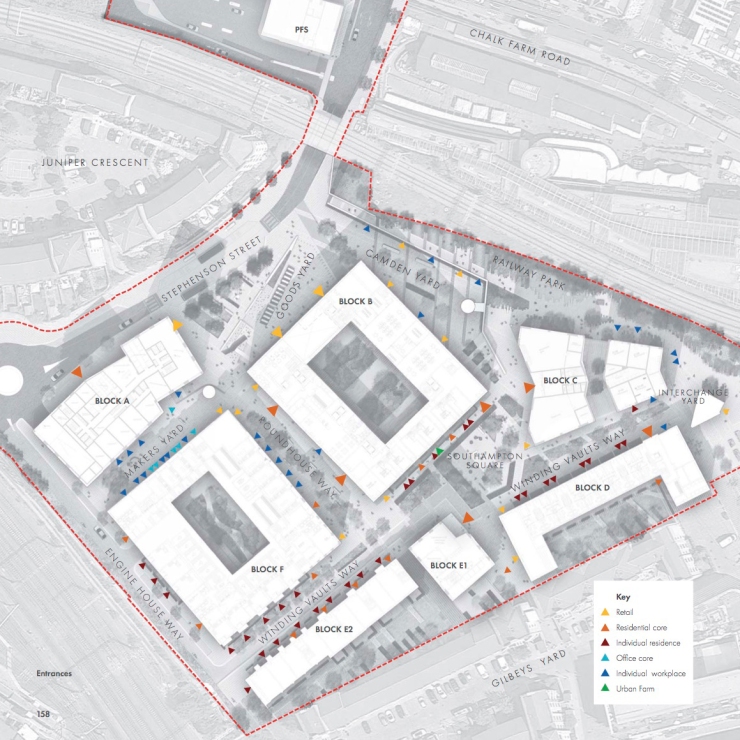 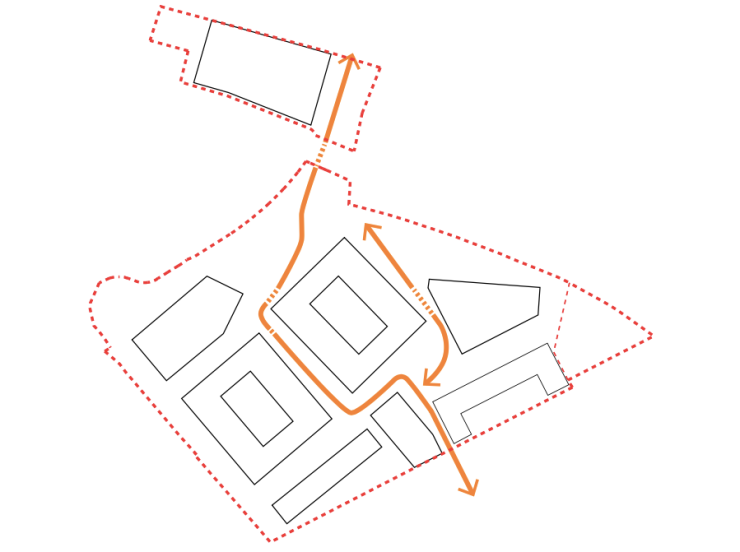 The final Design Review Panel report on the scheme prior to submission of the planning application stated: “The street pattern for the site is crucial to its success, and should connect it as far as possible with surrounding areas. The importance was emphasised of the main route through the site, from Oval Road to the east of Block B. This needs to be treated as a main street, with pinch points removed, public space increased, and uses designed to activate street frontage.”

The report further elaborates on this issue: ” The development will create a new desire line through the site, between Oval Road and the site exit to Chalk Farm Road, which is likely to be well used….The masterplan creates two routes around the proposed Block B, neither of which are direct routes across the site. The masterplan assumes that the western route will be the most used, whereas the eastern route is the more direct. The panel believes that more work needs to be done to resolve this apparent contradiction.”

Unfortunately the advice of the Design Review Panel was not heeded by the developer, and if built as the permitted scheme it is likely that the public realm will prove problematic in the coming decades. With the lack of ‘linear views’, and insufficiently wide and delineated streets, it will lack clarity that is found in the successful street spaces such as Malden and Prince of Wales Roads.