Our correspondent  reports on the exhibition held by Camden Council to show the proposed design of the redevelopment of West Kentish Town estate, held on 11th May 2019 at Althone Hall, Athlone Street.

During the exhibition, no-one referenced an existing overall plan for the area because none exists. The only guidance explicitly acknowledged was “what residents want”.

Planning policy was mentioned but in passing as something related to a planning process that’s a long way off. There were no panels on display, for example, setting out relevant planning policy produced by the Borough, by the GLA or by central government. A very unbalanced picture of the development process was presented.

Planning recognises the complexity of a good decision. Development has to be squared with policies coming from at least three different overarching bodies i.e national government, city government and local government. A good decision is not encompassed by just what money can buy or by what “the residents have told us they want”. That is a gross simplification which ignores what planning recognises: that there are many interests, values and goods implicated in planning decisions

Large-scale housing redevelopment in West Kentish Town and Gospel Oak, as it is being now managed by Camden Council, is not properly related to the existing neighbourhood, primarily because Camden understands the area, for all day-to-day purposes, as a “housing district”, and not a neighbourhood whole with a historic identity enduring through time or a set of identity defining settings and activities, as well as an established people belonging to diverse communities and classes.

Discussion at the consultation event was intense and sometimes heated. The event was useful so far as it demonstrated Camden is doggedly pursuing a limited information strategy and so failing to represent development properly. Actual planning policy, the history of site development, comparable scale development precedents, up-to-date thinking about city development—all of these topics are relevant to understanding West Kentish Town estate regeneration. They are hidden from view because intellectual narrowing and restrictiveness is being practised by Camden in the guise of doing “what our residents tell us they want”

The indifference to planning policy is suggestive of Camden’s real intentions: to streamline the planning debate after a planning application is made so that between now and then, we move from everything being open to everything being, as it were, “too late” and in any case in accordance with “what our residents want”, without a real (planning) discussion taking place.

If we add to this, the fact that questions around the funding model have been closed down, we are in a situation when real inquiry and interrogation of what’s happening is difficult. One must presume the difficulties have been cultivated by Camden for their own purposes rather than those of the larger neighbourhood. We are witnessing a fake performance of planning which is a wholly improper response to the once-in-a-generation opportunity before all of us

TOPICS DISCUSSED (with local residents A, B and C)

Camden stated again and again that the designs on show are not final; they are Stage 1 designs.

They said designs would have to conform to planning policy, the implication being that they may not do at present.

Camden said there would be a small uplift in number of affordable homes although they did not have any figures. 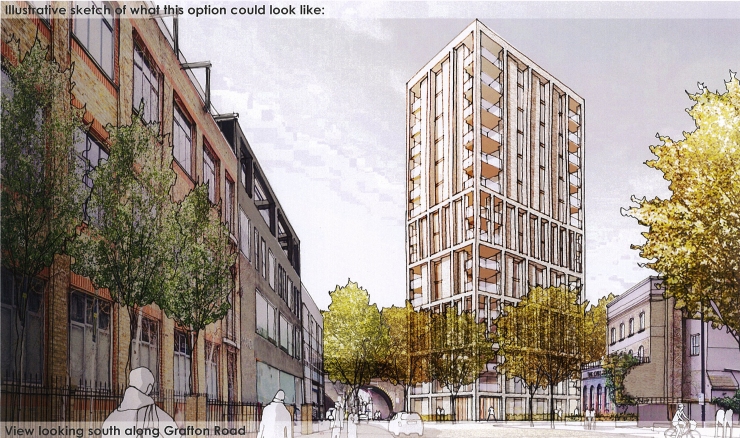 View of the 15 storey tower looking south down Grafton Road (with the full redevelopment scheme there is 12 storey tower immediately to the west of it).

There was a review of the scale of blocks along the following streets: 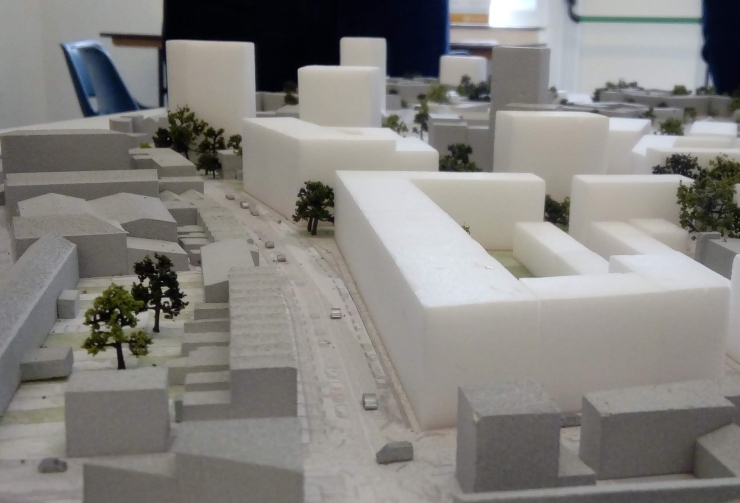 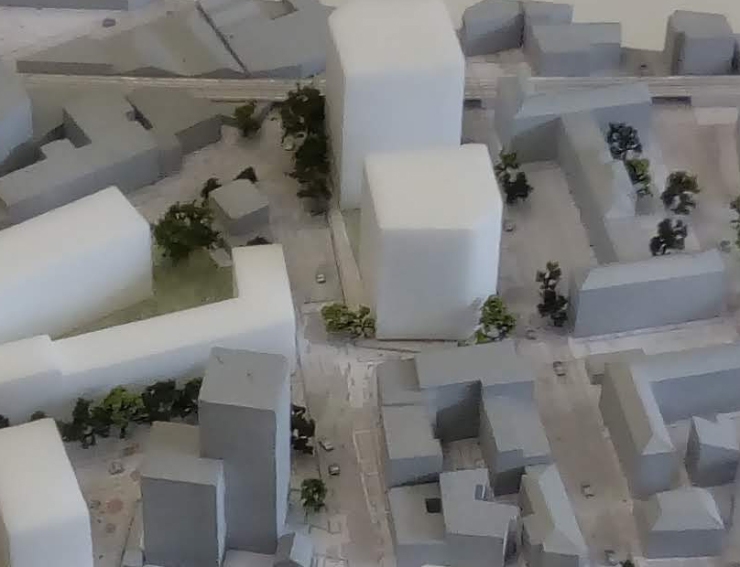 13     The idea of recovering the 19th century street patterns

View of mews running south from Queen’s Crescent: this proposed street does not tie in with the urban fabric to the north of Queen Crescent, as do Weedington Road, Allcroft Road and Bassett Street. 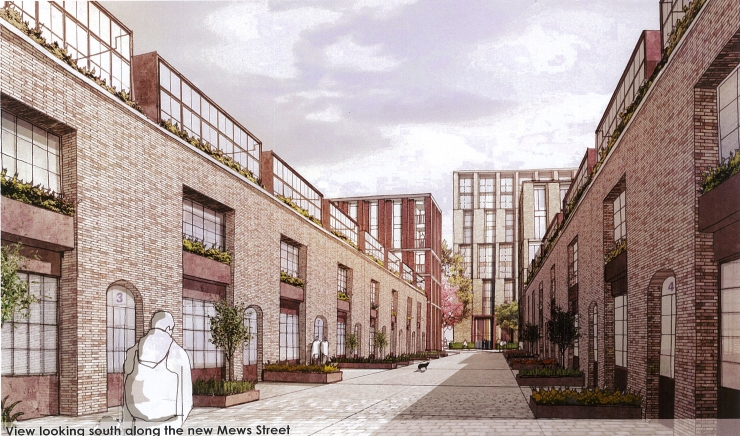